The Ministry of Finance in Vietnam has confirmed that three major coastal resort proposals in the country have run short of sufficient funds to qualify for a casino gaming license.

The three resorts were eager to introduce gaming elements and recover the losses incurred during the COVID-19 pandemic.

The proposals need to have a mandatory investment of US$2 billion in order to get the go-ahead from authorities.

Which Are The Three Potential Casino Resorts?

The three resorts are in the Quang Ninh, Thua Thien Hue, and Khanh Hoa provinces. The finance ministry had laid down some specifications regarding the coastal resort projects in the country. Projects with a capital investment equal to or exceeding US$2 billion will be eligible to run their gaming operations in the country.

One of the most promising casino resort proposals was from Van Don city in the Quang Ninh province. Real estate developer Sun Group is one of the main sponsors of the proposal. The 6,266 acres Van Don scheme reportedly had an initial investment of VND47.482 trillion, falling short of the US$2 billion mark.

The second proposal was from Laguna Lăng Cô city in the Thua Thien Hue province. The coastal resort received a permit in 2018 after ex-prime minister Nguyễn Xuân Phúc approved the VND45.103 trillion investment. U.S.-based firm Hard Rock International Inc. was shortlisted as the partner for the integrated resort scheme after it cleared the request for concepts (RFC) process in 2015. The process for the integrated resort bid was supervised by Banyan Tree Capital.

The third resort scheme was from Cam Ranh city in the Khanh Hoa province. Phúc had approved an investment of VND46.371-trillion in 2019 for the project. The Cam Ranh beach resort is in the process of construction. The project, slated to go on floors in 2025, is yet to acquire a permit. Khanh Hoa also sought official approval for a second resort on Hon Tre island in 2021.

Commenting further on the insufficient capital investment for the Laguna resort, local media claimed that the accumulated amount from phases 1 and 2 was only $260 million. The negotiations between the city and its preferred private-sector partners were postponed.

The discussions for the establishment of consortiums were delayed due to the resurgent waves of the COVID-19 pandemic. Currently, the Corona Resort and Casino on Phu Quoc island is the only facility allowed to serve gamblers in Vietnam. 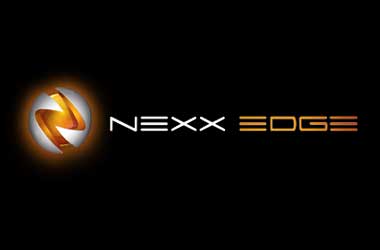