Wakayama became the first prefecture to confirm an integrated resort (IR) private partner earlier this month. Wakayama is one of the prefectures that are putting in a bid to host an IR and obtain one of the three gaming licenses in Japan.

Wakayama invited interested casino operators to submit their applications to develop an IR and in the end it became easy for Wakayama to shortlist their candidate as it came down to just two operators. The two operators were Canadian investment firm Clairvest Group Inc. and Suncity Holdings Japan Co Ltd.

When Suncity Holdings pulled out, Clairvest Group Inc, was announced as Wakayama’s business partner for the IR project.

Clairvest Group Inc. announced this week that they were partnering with two other companies who will work with them on their Clairvest Neem Ventures proposal in Wakayama. Groupe Partouche SA which is one of the biggest casino operators in France and AMSE Resorts Japan Co Ltd, have been named as the two partners.

AMSE Resorts Japan Co Ltd is reported to have ties to William Weidner who is the former COO and president of Las Vegas Sands Corp. AMSE is also backed by backed by Global Gaming Asset Management LLC (GGAM) where Weidner serves as the CEO. GGAM has an experienced team behind them as their executive VP Garry Saunders is the former COO of Melco Resorts and Entertainment Ltd while GGAM President Bradley Stone is the ex-president of construction and international operations at Las Vegas Sands Corp.

Groupe Partouche SA is listed on the Euronext exchange in Paris and operates more than 40 casinos with most of them being located in France. The Group has been around since 1973 and currently has over 4,000 employees.

Japan has been touted to be one of the most lucrative markets in Asia and second only to Macau. Casino operators are willing to invest heavily as they expect massive returns in the years to come. The Clairvest Neem Ventures proposal will see an initial investment of $4.3 billion based on the proposal published on the Wakayama prefecture website.

This IR project is very important to the Wakayama prefecture as it is expected to create thousands of permanent jobs, boost tourism numbers significantly, bring in much needed revenue for the government in gaming taxes and have a ripple effect on other businesses. 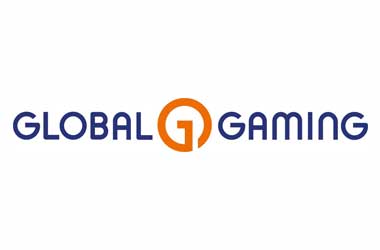