Troy Grant, the former New South Wales deputy premier and gaming minister is now facing a lot of flak in Australia for deliberately ignoring calls and requests to release research that recommended a ban on the tendency of pokie machines' to disguise losses as wins. The successor of Grant, the current NSW minister Paul Toole, was the one who released the report in October of 2017.

The Gambling Harm Minimisation report gives a very clear picture of how pokie machines are designed to take advantage of gamblers who are battling addiction. The "losses disguised as wins" feature in pokie machines involves using celebratory music and flashing lights even when players lose or make a net loss on the device. This pulls a trigger for problem gamblers and encourages them to keep on playing.

If there was an absence of these trigger mechanisms, these problem gamblers would be more prone to be discouraged by the huge loss of money they've suffered. For instance, when a player bets a dollar and wins 75 cents, he doesn't really win despite the pokie machine making it appear that he won. The craftiness spurs the gambler to think he won when in reality he ended up losing 25 cents.

This landmark report recommended the ban on these controversial pokie machines but was sat on by the NSW government for nearly two years. The delay took place, even though another NSW department pushed for the release of the report. Fairfax Media reported on Wednesday that the former NSW minister Grant ignored the calls for the report's release.

The Australian regulator is also looking at claims that these pokie machines were deliberately engineered to mislead people regarding their prospects of winning, thus leading them to lose more money than they anticipated as they play the game. Aristocrat Technologies, a pokie machine manufacturer is currently facing a lawsuit filed by the lawyers of the Maurice Blackburn firm on behalf of Shonica Guy, a former pokie machine addict.

The lawsuit also names Crown Melbourne as a defendant as the casino is home to hundreds of pokie machines. The final verdict on the case is expected in early 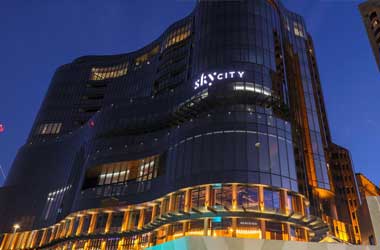