Prime Minister Shinzo Abe must have sighed in relief when the Integrated Resort (IR) Implementation Bill passed on 20 July. He made a promise that his government would pass the bill, which would establish Japan's domestic casino industry and he did exactly that and delivered for the casino industry despite a lot of opposition.

However, the passage of the bill has met with stiff opposition and is causing the government some trouble.

A recent poll performed by Kyodo News reveals that around two-thirds of the respondents were solidly against the bill. According to the news agency, 64.8 percent of respondents were not in favour of the legislation.

Only 27.6 percent of the respondents were in support of the bill. This dislike of the bill crossed the line of Abe government's supporters and critics. Among government supporters, there was 47.6 percent who did not like the legislation. Its critics were much more strident about their dislike for the bill with 84.9 percent saying they disliked it.

The government has justified the bill as a means for the country to gain revenue. The building of integrated casino-resorts is aimed at increasing tourist revenue and building infrastructure to pull in money from visitors hoping to play in some high-end gaming destinations. Additionally, it will boost local employment in the regions where these integrated casino-resorts are built.

Despite these reasons, the bill has drawn fire from critics. Many say that the legislation was rushed and that the bill was not given time to be properly discussed. They also say that the introduction of casinos into the country was not adequately prepared for, despite the approval of a responsible gambling bill before the IR bill was voted on. Gambling opponents expect the rise of problem gambling and crime associated with gambling activities.

The unpopularity of the move contributes to the current ruling government’s woes. Right now, the Cabinet's approval rating is at 43.4 percent. This dropped from 44.9 percent in June. The current disapproval rating of the government is at 41.8 percent.

This is not good news for the Prime Minister Abe plans to announce his candidacy to run for the Prime Minister office once again in August. If he does win the upcoming election, it will be his third term in office, making him Japan's longest serving Prime Minister. It will allow him to serve until 2021, which will enable his government to oversee the first licenses from the IR bill which are expected to be issued in 2020. 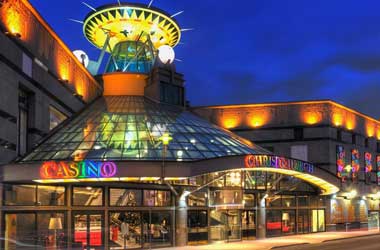