The casino is scheduled to have a grand opening on Dec. 8. Set on the banks of Potomac River, the $1.2 billion luxury gaming resort will have an exclusive hotel and large casino, apart from a whole host of facilities that includes conference space, spa, retail and dining operations.

Casino officials expect 25,000 to 35,000 visitors to arrive daily to the casino after its opening, particularly since it is easily accessible from three urban centers which are Washington D.C., Maryland and North Virginia. MGM intends to also showcase the property to those visiting the capital area.

So far the centerpiece attraction highlighted for the casino has been the floral sculptures to be displayed inside a 15,000-square- foot Conservatory set in a glass-top atrium. MGM National harbor is expected to release more detailed information on other amenities at the casino close to the launch date.

MGM National Harbor will offer a conference space spread over 50,000 sq ft. seating up to 4,000 which is being marketed as an elegant venue for meetings, private gatherings, weddings and other occasions. Casino officials have emphasized that the décor has been kept elegant and not gaudy keeping in mind the tastes of the national capital area.

A space of 16,200 sq. ft overlooking the river and having wall-to- ceiling windows has been named after the MGM Grand Ballroom. Another ballroom with smaller dimensions would be named after MGM’s Las Vegas Bellagio casino. Similarly three meeting rooms will be named in honour of other major MGM Las Vegas casinos which are the Mandalay Bay, ARIA, and Beau Rivage. The two boardrooms at the casino will be called the Mirage.

Art of all forms will be featured in the casino’s public areas as a part of its curated Heritag Collection which includes a metal sculpture by Bob Dylan, the Nobel laureate and singer-songwriter. 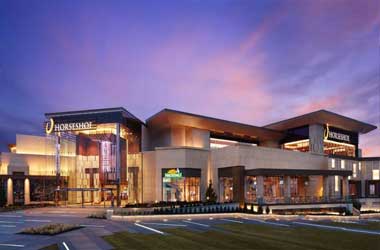