Tigre de Cristal casino resort located in Russian Far East has seen over 190,000 visitors so far this year according to official estimates.

The special economic zone is located near the port city of Vladivostok in eastern shore of Russia. The casino had a soft opening in Oct. 2015 while its formal launch was in Nov. 2015.

In an official release last week, the Primorsky Krai Administration stated that Tigre de Cristal had on an average received around 1,000 visitors daily in the months between July to September 2016. This was double of what was seen in earlier three months. Around 30 percent of those visiting the casino are foreign tourist arriving largely from South Korea and China according to an official of the Primorye Territory Tourism Department.

The Primorsky Krai Administration stated that Tigre de Cristal had paid around RUB500 million (US$8 million) as government taxes. An interim report released earlier by Summit Ascent declared that during the first six months of this year, the rolling chip turnover at the casino had grown from HKD258 million (US$33.3 million) in November 2015 to HKD2.0 billion in July 2016 and went up to HKD2.2 billion in August 2016. This staggering 700- percent rise in monthly rolling chip turnover was attributed by casino officials to the commencement of operations of a few Macau-based junkets at the casino.

So far four casino licenses have been given out for casinos in Primorye Integrated Entertainment. These casinos will be spread over a total of around 1.4 million square metres (15.1 million sq feet). While Tigre de Cristal is the only one that has opened its doors so far, NagaCorp Ltd, the operator of Cambodia’s largest casino NagaWorld is currently constructing its casino which is expected to open early 2018. The other two casino operators with licenses in the zone are Diamond Fortune Holdings Prim and Royal Time Primorye.

Apart from casinos and other entertainment centres, the zone will have around 15 hotels ranging from luxury to budget hotels. The entertainment complex will also have guest villas, convention and exhibition space, movie theatres, a yacht club as well as a beach promenade with several attractions. 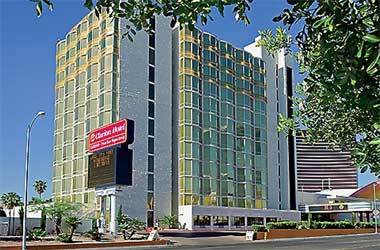