Two casinos in Myanmar have been placed under government scrutiny by the new regime for possible violations of the country’s gambling regulations.

The two casinos have been licensed by the government and have operated in Myanmar for over twenty years.

A local media report has said that Grand Andaman Resort and Victoria Entertainment Resort have been place on a government watch list for possible violations.

The Grand Andaman Resort is located on Thahtay Island while the Victoria Entertainment Resort is on Treasure. Myanmar’s regional chief minister DawLaeLae Maw said that both casinos operations are being reviewed under the 1899 Burma Gambling Act.

We don’t know what the previous government allowed them to do, but we are translating all the agreements from English to Myanmar in order to check. It seems that they are only permitted to offer gambling with token coins used in slot machines.

Although gambling is banned in Myanmar, both the casinos have been in operation since the early 1990s and are currently being marketed to Thai players who are banned from playing in their country. The casinos pay around K250 million (US$209,490) in income tax annually to the government.

The increased scrutiny has come after the regime changed in the country after elections were held last year. Formerly ruled by the military the country is now run by the National League for Democracy.

Maw has assured the operators that if they were found to have violated gambling laws, the government would not close down the casinos or take them to court but rather impose tighter operating rules that were in accordance with the gambling act. She added that negotiations were currently on between the government and the owners of the two casinos.

According to Maw, the existing contract allows small-scale gambling and not high roller gambling which is currently the case with over 200 foreign gamblers travelling daily to gamble large amounts at the casinos.

Grand Andaman Executive Director U Myo Win Than has insisted that there was nothing illegal in the operations of his casino stating that the earlier administration had approved the casino in order to boost tourism in the country. The company had received approval from the Myanmar Investment Commission for its project last year and had committee investment of US$12.14 million.

U Myo Win Than said that the Tanintharyi Region chief minister had asked the company to follow regulations under the act and work towards improving tourism in the region since other industries were not doing well.

Unlicensed Slot555.com Gets Shut Down By Thailand Authorities 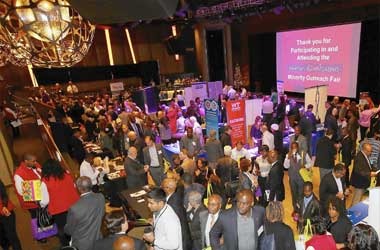