The Nevada Gaming Control Board (NGCB) has issued multiple fines to casino operators who have failed to comply with the standard operating procedures (SOPs) that have been introduced in light of the COVID-19 pandemic. A number of the casino operators that were fined have agreed to pay the fine.

However, the biggest fine was issued to the Freemont Resort in Las Vegas for wrongfully accusing a player of theft and detaining her within the premises. The Fremont resort has agreed to pay a $300,000 fine without admitting to any wrongdoing but did acknowledge that there may have been violations in how they treated the offending incident.

The settlement was announced by the NGCB one day after releasing the four-count complaint against the Fremont, which was filed on Sept. 16. The complaint detailed the numerous inaccuracies and omissions in the statements given by Fremont officials regarding the incident to Las Vegas police and the gaming regulator.

The GCB said that Fremont’s investigation was lazy and rushed to judgment against the accused, telling her that she was going to go to jail for misdemeanor theft. The wrongfully accused player paid $202 to her accuser to avoid jail, while still proclaiming her innocence.

The Nevada Gaming Commission (NGC) will rule on the settlement terms today.

The NGC will also be ruling on four other settlements all related to violations of COVID-19 health and safety protocols. Two casinos were fined for failing to enforce the wearing of face masks for all players inside casinos, as well as not abiding by the social distancing guidelines released by the NGC.

The Hotel Nevada in Ely is on the dock for $10,000 after three employees and seven players were discovered without masks on the gaming floor. Despite the Hotel Nevada’s general manager being informed about the situation, the property continued to be a hotspot for non-face mask wearing players and employees. The C.O.D. Casino, located in Minden, will be fined $30,000 for similar violations.

Two restricted gambling venues were fined for failing to turn off their bar top slot machines, which was ordered on July 10, 2020 by Gov. Steve Sisolak. Waldman Investments, owner of the Bowl Incline in Lake Tahoe, will be fined $5,000, while Century Gaming will have to pony up $15,000 for similar offenses.

Most casino operators in Nevada are doing their best to comply with the COVID-19 protocols but admit that it is difficult to enforce all of the new rules consistently. 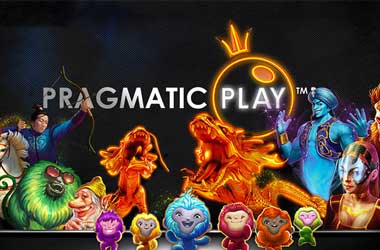