Yggdrasil recently announced that it has entered into a partnership with online casino platform supplier Microgame to boost their presence in Italy.

This is a strategic move as it will help Yggdrasil infiltrate the Italian market due to Microgame’s wide network of operators in the country.

The software licensing and reselling agreement signed by the two parties provides Microgame and its 37 operator partners with 80 of Yggdrasil’s casino games, including their blockbuster Vikings trilogy of games, and also their latest releases, such as Lightning Joker, Multifly and Arthur’s Fortune. Games from Yggdrasil’s YG Masters program are also included in the deal.

Operator partners of Microgame will also be given access to Yggdrasil’s games that make use of their new mechanic called Splitz, which the firm released late last year. The new mechanic was highlighted in Yggdrasil’s Temple Stacks: Splitz. This will be made available to Microgame and their clients, alongside Neon Rush: Splitz.

Also included in the deal is access to the latest upcoming release from Yggdrasil, Lucky Neko, a game that will be the first to highlight the company’s innovate new Gigablox feature. In addition to the gaming-related content, the deal between Yggdrasil and Microgame will also include Yggdrasil’s suite of promotional tools that can deliver marketing in-game. This suite of tools is called BOOST.

Microgame is currently among the leaders in the Italian online gambling scene. Its proprietary platform was expressly created to appeal to Italian punters. Microgame also offers turnkey sports betting services and a slew of casino and other betting products for both digital and retail channels.

Yggdrasil’s CEO, Fredrik Elmqvist said he was delighted with the new partnership with Microgame. According to Elmqvist, Microgame is one of the largest platform suppliers in Italy, and by offering Yggdrasil games and products, it will expand Yggdrasil’s presence in the lucrative Italian iGaming market.

Yggdrasil first entered Italy in 2017. Since then, Elmqvist said, their products and solutions have been popular with Italian punters. However, after closing the Microgame deal, Elmqvist believes even more Italians will be able to get the Yggdrasil experience through Microgame’s operator partners.

Microgame’s CEO, Marco Castaldo, also expressed his optimism for Yggdrasil’s inclusion to their platform, stating that Yggdrasil’s engaging and innovate games are an excellent addition to their portfolio, as they will appeal to many different kinds of players. 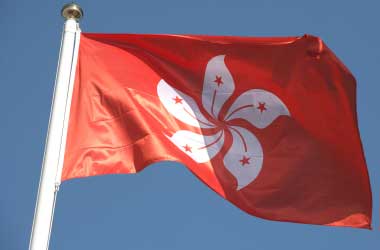