MGM Resorts International is on the verge of rolling out ‘GameSense’, a new responsible gaming program for all of its properties in the United States.

The initiative will see the use of the GameSense platform which has been developed by the British Columbia Lottery Corp (BCLC). The product has been licensed to MGM Resorts for an amount that has not been made public. The plan to introduce GameSense was announced by MGM in February 2017.

Initially, the GameSense program will be launched in MGM’s 10 South Nevada properties and later it will be rolled out to its properties at Maryland, Michigan, Mississippi and Massachusetts where a new MGM Springfield casino is being constructed.

State gaming regulators in Massachusetts had asked casino operators active in the state – MGM, Wynn Resorts Ltd. and Penn National Gaming – to review the GameSense platform which seeks to ensure that players are able to enjoy gaming within reasonable limits. MGM Resorts decided after studying GameSense, that it would be a good fit for all of its properties in the country.

A training program covering its 77,000 employees is scheduled to start shortly. Under the new GameSense program, MGM employees will be required to play a nuanced role by offering players resources without seeming intrusive and encourage them to play responsibly without coming across as judgemental.

MGM Executive Vice President Alan Feldman had stated that while the company was for responsible gaming, it was a tough task to implement.

In a statement Feldman said

We should be in the forefront of defining g and promoting responsible gaming. But defining what someone’s problem is can’t possibly be the realm of casino employees. It’s just not right. This is a tough enough thing to define and to diagnose if you’re a trained therapist, counsellor, psychologist or even psychiatrist. This is a very, very tough subject to face

According to available data, roughly 2.5 million players in America suffer from compulsive gambling disorders while 3 million are problem gamblers and a further 15 million are at risk of becoming addicted. These estimates account for approximately 2.9 percent of the total adult gambling population in the country.

Under the GameSense program, MGM will be setting up signage and kiosks around its properties staffed with trained personnel who will be able to offer support to patrons who are battling gambling addictions. Over time, MGM hopes to integrate it into its loyalty card program, enabling players to set time and spending limits which would then alert them as their limits approach. 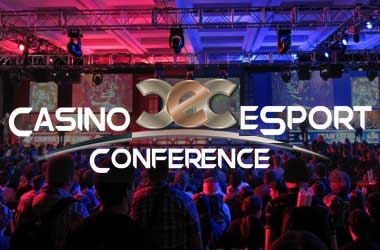