The state of Hawaii is in dire need of new revenue streams to fund their state sponsored programs. Now, two state senators have responded with two bills that look to legalise gambling in Hawaii. A legalised gambling industry will allow the state to collect taxes on gambling operators which will boost the state coffers.

Maui Senator Gilbert Keith-Agaran proposed the two bills—Senate Bill 850 and 2669—with Kona Senator Dru Kanuha as his co-sponsor. SB 850 is a holdover from the 2019 legislative agenda. The bills are essentially identical in their aims: if passed, they would create the Hawaii Lottery and Gaming Corporation (HLGC) as a means of supervising the state’s gambling industry.

Permitted games under the bills include free-to-play games, betting on games of chance, such as card games and a state lottery as well as sweepstakes presented in other states to entice visitors to Hawaii.

Furthermore, up to two gaming events can be staged annually to increase tourism rates.

Sen. Kanuha hailed the bills as a monumental step toward a realistic framework for legalised gambling in the state. According to Sen. Keith-Agaran, the bills represent a call for a more substantial conversation regarding the needs of Hawaii, and how legalised gambling can serve as a potential solution.

Social Programs in Need of Funding

Hawaii and Utah are the only two states that ban all kinds of gambling. The rest of the U.S. has some kind of legal gambling option available, such as lotteries and charitable games. Sen. Keith-Agaran noted that the proposed legalisation of gambling in Hawaii would simply allow the government to capitalise on an already-existing industry, pointing to the availability of direct flights to Las Vegas on all of their islands.

While Sen. Keith-Agaran admitted that gambling can lead to societal harms, he stated that the state’s social programs such as healthcare services in rural, hard-to-reach areas—are in desperate need of financing; legalised gambling offers a way of providing that support without increases taxes, he said.

Gambling Revenue Will Be Allocated to State Programs

If the HLGC is created, its mandate would be to manage the gambling industry properly and ensure that the revenue it collects will be allocated to Hawaii’s necessary programs. The proposal wants 25% of all proceeds will go to their Department of Education (DOE) shortfalls, 20% for DOE capital improvements, and 20% for capital improvements to the University of Hawaii.

Additionally, 10% will go to funds for medical students who pledge to practice in-state for 10 years, 10% will go to the UH John A. Burns School of Medicine family practice rural residency program, and 15% will go to administration costs, gambling treatment programs, and watershed protection. 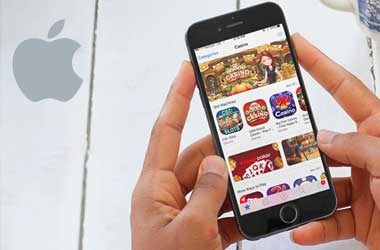