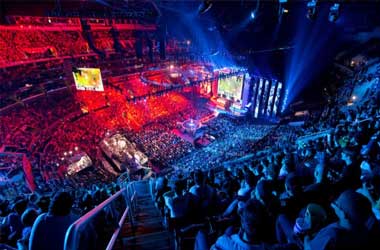 eSports wagering is fast gaining mainstream attention particularly in the state of Nevada but the combination of video gaming and gambling is proving to be a tricky area in terms of regulation.

Nevada regulators are in the process of developing a set of regulations for this new form of gambling but it has come as a surprise to many that gambling has been happening in competitive video gaming events being hosted by Las Vegas casinos for several years now.

According to a news report in Las Vegas Review-Journal, since 2005 several casinos have been holding an annual video gaming tournament called the Evolution Championship Series, or Evo. Informal wagering or social betting is said to occur at these tournaments regularly though it is not well-known outside these circles.

A.G. Burnett, chairman of the Control Board stated that betting was not illegal in a social context unless someone was taking a cut.

Earlier this month Mandalay Bay hosted a three-day tournament from 14 to 17 July which focused on a fighting genre of video games. Nick Navas a referee at the tournament stated that people often put money on the line as it added more excitement to these games. These games were referred to as money matches and the betting usually started at $5 but at times could go up to $3000 according to Navas.

Technically such wagering is banned but it seems take place as a regular occurrence at these games. Sam McMullen, CEO and co-founder of FiveGen, said that the rules are perhaps being ignored because no one wants to push away underage players who form the bulk of the audience for esports.

In a statement McMullen said,

Regardless of type — both social and informal — money matching and internationally formal bookmaking is happening. This wagering presents a huge opportunity for Nevada if we can get our arms around how to make it technologically viable and standardized to be available to a public that clearly wants us to create a way for it to be legal and possible

Burnett said that he was unaware that such gambling was going on but promised to conduct discussions with licensees and the tournament organizers to check if there was something inappropriate happening and to ensure everybody knows that wagering was occurring at the tournaments.

ChezRey Richardson, a young gamer from Austin, Texas said that players often used money matches as an opportunity to rematch. For others it was just about the money. He however said that as far as he could see no one was taking cuts from the wagers. Richardson also highlighted that the money matches were a useful way to identify players with good potential.

Netherlands Will Most Likely Issue iGaming Licenses From 2020