The Lucky Dragon Casino was specifically designed to welcome Asian gamblers and had specifically customized a number of its offerings to cater to wealthy VIP gamblers from China.

This boutique Las Vegas casino opened in 2016 amidst much fanfare and was expected to have a thriving business as it offered a unique experience.

Las Vegas casinos such as Wynn Las Vegas and MGM Grand are massive and have thousands of patrons to attend to. The Lucky Dragon was a lot smaller and was expected to build personal relationships and provide better customer service to its patrons. The property had a gaming floor spread across 27,500 feet and a hotel with 203 rooms. There was also a special food court known as the Dragon Alley.

The property which opened its doors in December 2016 saw a nice influx of customers during the first few weeks. Once the hype and promotion was over, Lucky Dragon started to see a decline in customers and that has continued with every passing month. The management decided to close the Dragon Alley food court and also started to trim its workforce to keep up with escalating costs.

Lucky Dragon bar staff and waiters were the first to go. The management then let go of General Manager Matt Harkness and then Dane Tan who was the Managing Director of Corporate Development. The casino was expected to attract local Asian Gamblers from Nevada and the West Coast but has not been able to.

Customers who have been at the Lucky Dragon have been impressed with the casino and its service offerings. However, they have not been very impressed with the casino’s comp policy and miserly offerings. They feel that they can get a better deal at nearby casinos such as the SLS Las Vegas which is just a 5 minute walk away from the Lucky Dragon. One former Lucky Dragon customer said that she was expected more comps from a newly opened casino but was disappointed to find them being so tight fisted.

Jordan Seager, who is the current General Manager of the Lucky Dragon disagrees with these remarks and says the comp policy is similar to what most casinos have and even better in some regards.

In a statement, Seager said

When you have a history with a specific property, and you build relationships with casino employees, it’s easy to feel like you are getting the best comp offers in part because you don’t know any differently

Lucky Dragon might have to change its marketing policy and start reaching out to more than just Asian gamblers, if it wants to turn things around quickly. 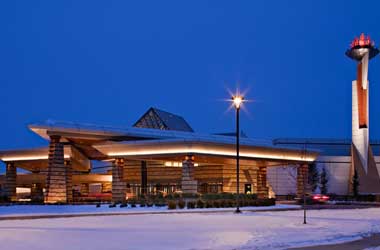