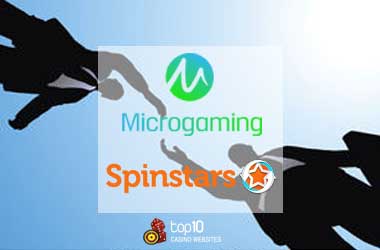 Microgaming has built a major distribution channel in recent years that allows it to successfully market its games to multiple markets. The developer already dominates a huge portion of the European market with its presence in Germany, Malta, and the Netherlands. Microgaming recently announced that it has strengthened its aggregator platform by singing a new partnership with Spinstars.

Spinstars was established in 2018 and is based out of Gibraltar. While the developer only a few years of operation experience, the development studio employs a team of industry veterans that have a wealth of experience in online casino gaming.

Spinstars is slowly but surely making a name for itself by focusing on games that appeal to a wide range of players around the world. Apart from offering online casino games, the developer has also built up a platform that has all the necessary tools for any casino operator to easily integrate and operate their games.

During the last three years, the developer has released 10 games that have got a good response from the market. Some of these games include “Wild Joker” and “Stempunk500“. It even came out with a special slot for the Dutch market with “The Voice of Holland“. All of their games are licensed by the Malta Gaming Authority (MGA) which should allow them to be picked up for any regulated market.

With this new partnership deal, Microgaming will add another set of great games to its impressive gaming portfolio. Microgaming Director of Aggregation, Graeme Powrie says that the company is very happy to partner with Spinstars and get access to a variety of unique gaming options that all have a classic slot machine feel.

This partnership is also ideal as Microgaming prepares to enter the newly regulated Dutch online gaming market which goes live on October 1. Microgaming will now be able to offer a very diverse set of games to Dutch players.

Spinstars CEO Joeri Dikkeboom is just as excited with the new partnership. He said that the stable of games from Spinstars is perfect for the Dutch market because Dutch players often prefer traditional slot games when compared to some of the fancier video slots. Dikkeboom is also very happy with how supportive Microgaming is about implementing new technology to improve their classic games.

Microgaming released a number of slots in September including a new game in its “Jurassic World” slot series. The game developer also has a great list of games scheduled for release in October. 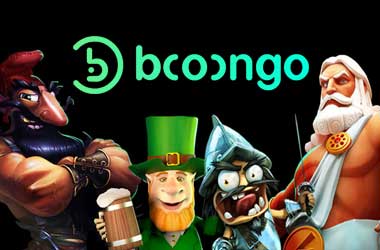 Booongo Gives Its Portfolio A Makeover With New User Interface

President Duterte Gives Approval For Casino To Be Developed In Boracay, Philippines