Primorsky Krai Development Corp has inked a deal with South Korean investor Plgen Holdings, to develop a gaming resort in the Primorye Integrated Entertainment Zone (IEZ) near the Russian port city of Vladivostok. Plgen will invest about $23.4 million to fund the first phase of the project.

A press release disclosed that the first phase of the project in Primorye IEZ is likely to open towards the end of 2025. Plans for phase one will include an elaborate casino hotel with over 100 rooms. The statement also dwelled on the plans to build a theme park and other facilities in the second phase of the project.

Primorsky said that the South Korean company possesses a professionally experienced team that has managed entertainment and gambling complexes before in South Korea and Southeast Asia. The statement did not reveal any other details about Plgen or its executive staff.

The Primorye IEZ is an area earmarked for the development of casinos. Currently, two casinos operate in the area, about 50 kilometres away from Vladivostok. The Tigre de Cristal, run by Hong Kong-listed Summit Ascent Holdings Ltd., is the first casino resort in the region. The Shambala casino resort run by Shambala CJSC is the second resort in Primorye IEZ that opened in 2020.

While the South Korean firm ventures into Russia, a number of gaming operators around the world are stopping business with Russia.

Recently, Hong Kong-listed NagaCorp Ltd. had announced the suspension of its gaming resort project in Primorye in early March 2022 due to numerous uncertainties. Brokerage firm Daiwa attributed the decision to the international sanctions imposed on the Russian Federation due to its invasion of Ukraine in its note dated March 8.

Daiwa analyst Terry Ng posited the possibility of NagaCorp selling the project and disposing of the Primorye venture for good. When the company had announced the suspension of construction on the project site on March 3, it did not explicitly refer to the Ukrainian crisis or the sanctions on Russia as the reason behind the revocation.

Daiwa speculated that even if the project was completed, the sanctions on Russia could drastically alter NagaCorp’s operation abilities. In its 2022 forecast for NagaCorp’s earnings before interest, taxation, depreciation, and amortisation (EBITDA), Daiwa had cut the figure by 61.5 percent citing the suspension of the Russian project, and a sluggish recovery due to COVID-19 travel restrictions in other markets. 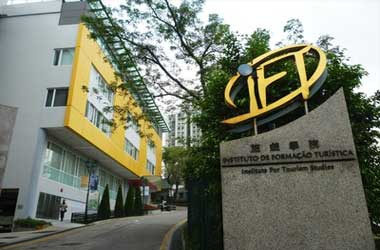