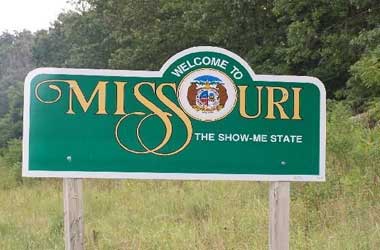 Nowhere in Missouri’s legal system is there any explicit wording or text that could be interpreted to ban or outlaw the practice of gambling online. In addition, no person or persons has according to the state’s legal history ever been charged or prosecuted for engaging in the practice of online gambling. However, according to experts well versed in Missouri law and its finer legalities, in their studied opinion they advise that existing state law and its exclusions make the practising of such activities tacitly illegal.

These experts base their advisory opinions on several issues. Firstly, Missouri state law demands that for any form of gambling to be considered legal it must be subject to and meet all obligatory state regulatory requirements. Secondly, in Section 472.070 state law restricts the possession of any form of a gambling device, with the word “device” described very broadly as a machine utilised for any form of gambling activity including poker chips, playing cards, and explicitly specifies software that could be used in the placing of online bets.

Surprisingly, despite the absenteeism of riverboats on the state’s rivers, Missouri laws still allow for riverboat gambling to remain entirely legal. While riverboats employed as gambling facilities remain extremely popular in Louisiana and Illinois, the prospects for Missouri’s riverboat gamblers never fully recuperated in the wake of land-based casinos first making their appearance felt.

Riverboat casinos were restricted to gaming cruises of no more than two hours, with losses to patrons limited at $500 per trip.

Before entering the history books in May 2016 as the sixth state in the US to legalise and regulate Daily Fantasy Sports in the US, the gaming industry had concerns that Missouri’s liberal Senate and its more conventional House would not settle on a final agreement. However, Missouri’s Fantasy Sports Consumer Protection Act received a sudden and unexpected approval, where-after Governor Jay Nixon added his sanction and signature.

The Legal Status of Gambling in Missouri

Missouri state law makes it fairly easy to understand and identify the types of games of chance there are considered illegal under its criminal code. The lawmakers, instead of being specific in outlining each what forms of gambling are illegal, they instead deem illegal gambling activities in generalised terms.

The state criminal code describes illegal gambling as effectively all unlicensed gambling activities, going on to further cover all its bases by stating, that to be legal any game of chance will need to meet the requirements of and fall under the control of its regulatory body.

State law defines gambling activities as a game requiring persons to risk something of value on the result of a future event not under his influence or control, or a contest of chance. Missouri penal code judges first time offenders breaking this specific law as a simple misdemeanour, while it could lead to a felony charge for second time offenders.

Casino gambling has since it’s statewide legalisation in 1992, grown to a major economic factor with in-state borders. It took only four short years before the law changed, allowing gambling activities to be practised from permanent structures, while riverboat casino operators received the short end of the stick since they were still left stuck with the restrictive $500-per-customer-per-trip-loss-limit for another full decade or more. This marked the end of its historic riverboat gambling. The industry never recuperated from this ridiculous restriction, which was eventually erased from the law books more than a decade later in 2008 as part of state’s gambling law reforms.

Since 1984, Missourians had the freedom to engage in wagering at any horseracing track legally, but unfortunately, there is currently a complete absence of such racetracks within state borders.

Missourians may legally show compassion and support toward their fellow man through Charitable Gambling. However, the state’s legal system has more regulations governing charity fundraiser operations than any alternative gambling related enterprise.
In contrast, Private Social Gambling proves entirely legal, with the understanding that participants stick to the state’s clearly defined legal requirements. The legal definitions specify the game must be held in private between participants that have a genuine social relationship.

Future of Casinos in Missouri

It seems fairly unlikely that Missourians will see any meaningful changes to the regulations controlling gambling within state borders. This is mainly due to the extensive easy access to most existing formats of popular betting and gambling entertainment. This leaves little reason, room or demand for additional reforms to the laws regulating gambling related activities, having reached a saturation point that caused all attempts at reigniting the pari-mutuel gambling industry to fall flat.

This leaves online gambling establishments wanted to offer the services in-state in a bit of a conundrum, despite local law enforcement not having prosecuted anyone engaging in the act of online gambling.

Checking the license of an online casino remains one of the easiest and most trustworthy ways to ensure a casino is safe to play at and trustworthy to deposit your money. Casinos generally provide either their full licensing details or a link on their homepage to that information, any casino failing to provide such information should be steered clear of. Another trustworthy method to confirm their claimed levels of service, privacy, security and trustworthiness is to read as many independent reviews from other casino members about your preferred casino.

Successful online casinos view promotions and bonuses as an excellent tool to recruit new players to sign up at the casino. Due to the fierce competition for new members that exists between casinos each marketing team resultantly make their bonuses as rich and rewarding as possible in their bid to try and outdo each other. Casinos deserving of your patronage should offer Matching Welcome Bonuses, No Deposit Free Spin Signup Bonuses, while simultaneously continue to keep their existing members satisfied by offering promotions such as Cashback Reload Deposit Bonuses and Loyalty Bonuses.

Due to catering to an international audience of players from all levels of the social, economic spectrum wagering, online casinos keep their wagering values and limits extremely low giving all potential members the same opportunity to enjoy high-quality online entertainment. Machines and tables offer bet values from as low as 0.01 coins per round and still allow highrolling players to enjoy themselves just as much.

For similar reasons that allow online casinos to cater to international players, funding accounts become just as easy through a smorgasbord of banking options offered by each casino. This will allow players from all walks of life and all countries of the globe to easily fund the casino player account, as well as make withdrawals whenever they please.

However, each player’s choice they made to initially transact a deposit will determine the required delay period when making a withdrawal. These processing periods vary tremendously depending on which bank and what method of payment was used. Generally, credit card and cheque payments become subject to a bank mandated seven-day processing period before payments will be released into their accounts.

What Missouri users say about it..