PLAY Soldier of Rome Slot for Real Money or Free at:

Travel back through time to the age where Ancient Romans reshaped the world with their culture and military conquests and assume the role of a Roman soldier who fights his battle and gets rewarded for that!

Rome has always been a source of inspiration for hundreds of artists and developers. The team of slot makers at Barcrest made this slot as a tribute to the mighty Roman Empire and its soldiers who played an important role in its creation.

The slot is rather unusual, as is features two separate grids that are connected to create one big five-reel slot. It takes time before you get used to it, but once you do, you are in for hundreds of hours of rewarding fun.

The great RTP in this game is set to 96.00%. In my opinion, if RTP is higher than 95%, the game is definitely worth playing.

The gameplay in this online video slot is nothing less but superb. First of all, it features great animations, with a moving soldier standing beside the grid and giving you the motivation to keep on spinning.

You can bet anywhere from 0.50 through 500, making this game suitable for the beginners and the high rollers alike. It also features three special types of spins, called Big Bet spins, where you can unlock all ten rows in the last three reels and play with 100 paylines and all the other advantages that the Big Bet offers. You can either play 20, 30, or 50 for 5 Big Bet spins.

Let’s examine the symbols and the bonus features of this game.

The low-paying symbols are hearts, clubs, diamonds, and spades, while the high-paying ones include several symbols related to the ancient Roman Empire, such as a soldier’s helmet, an emperor, and empress, a chariot, a coin, and a golden SPQR eagle. The game also features three Wild symbols and four Scatter ones. 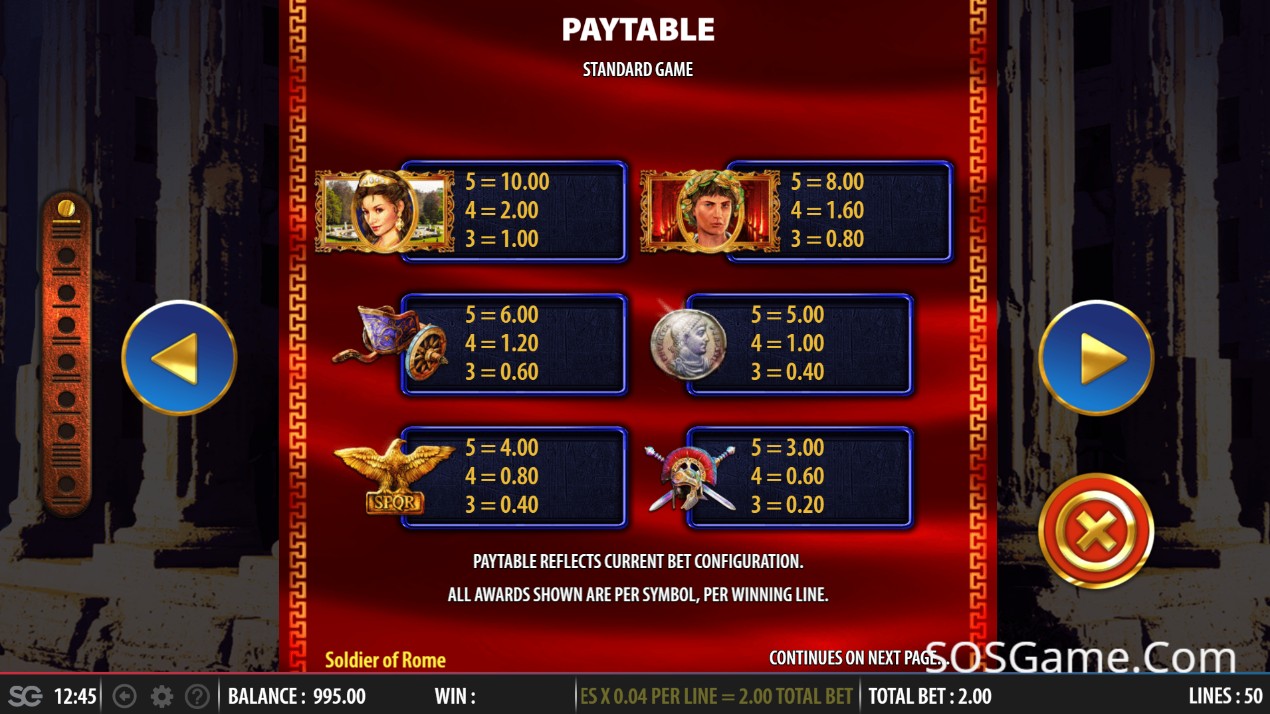 If you manage to land three or more Scatter symbols, you will be up to 10 free spins that can be retriggered up to 25 free spins. Furthermore, some of the Wilds can extend to cover the entire reel and increase your opportunities to win hefty prizes.

Another interesting feature is called Lightning Spins, and it is activated if you manage to land four identical symbols on the first and the second reel. Whenever you manage to land symbols in the second row of three reels that match those four previously landed, you will summon the lightning and win lucrative bonuses. 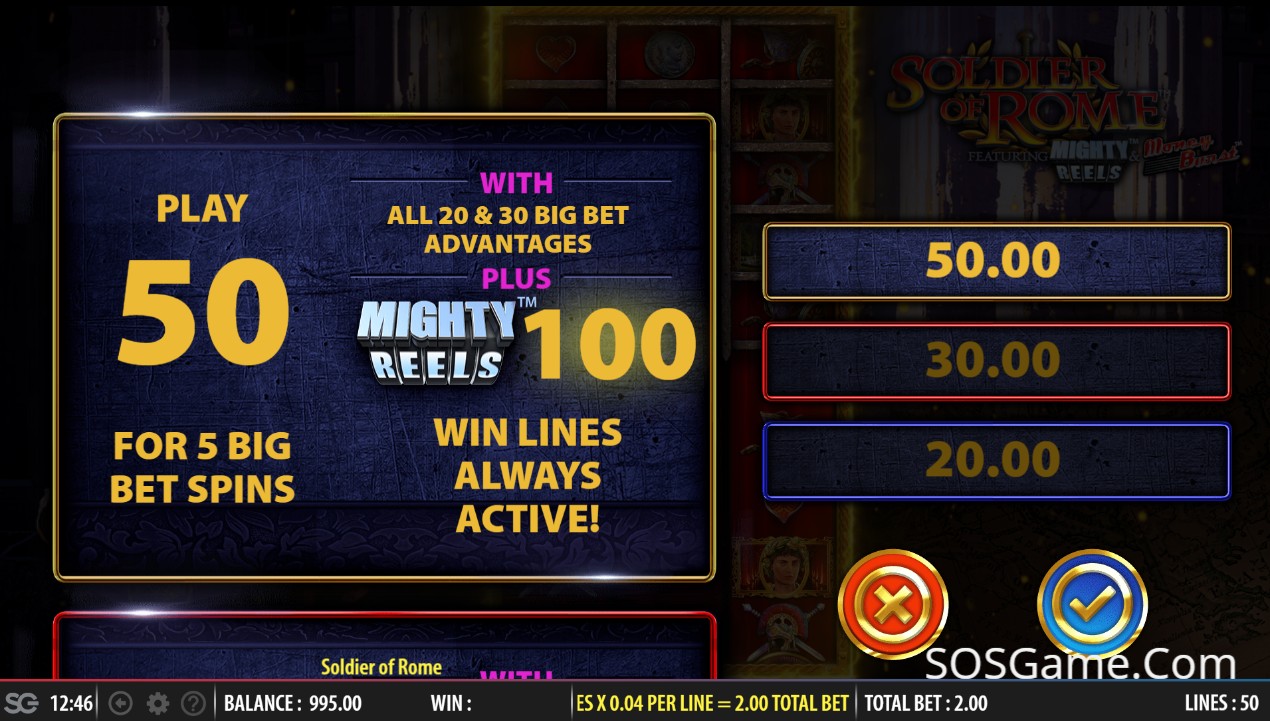 To sum up, I am a big fan of Ancient Rome and enjoy playing strategy games, such as Rome: Total War, Praetorians, Caesar IV, and others. This online video slot captured the essence of Roman warfare and every history lover will enjoy spinning this non-standard set of reels! 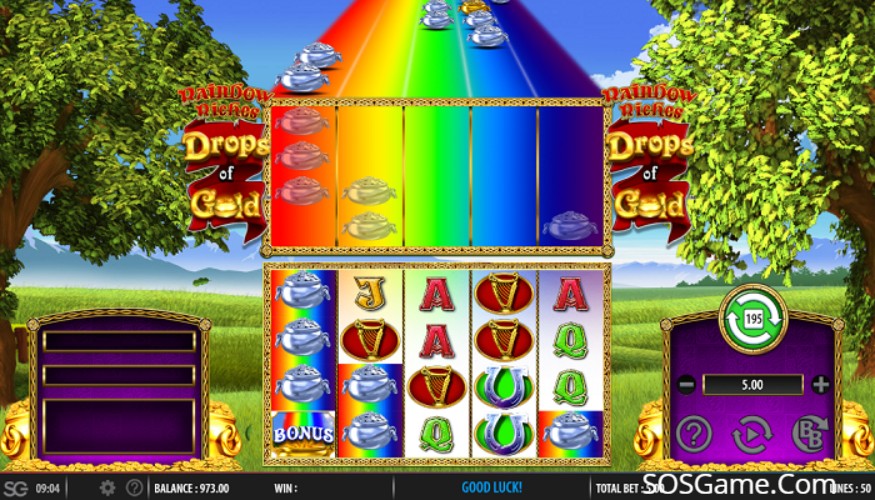