Journey of the Gods 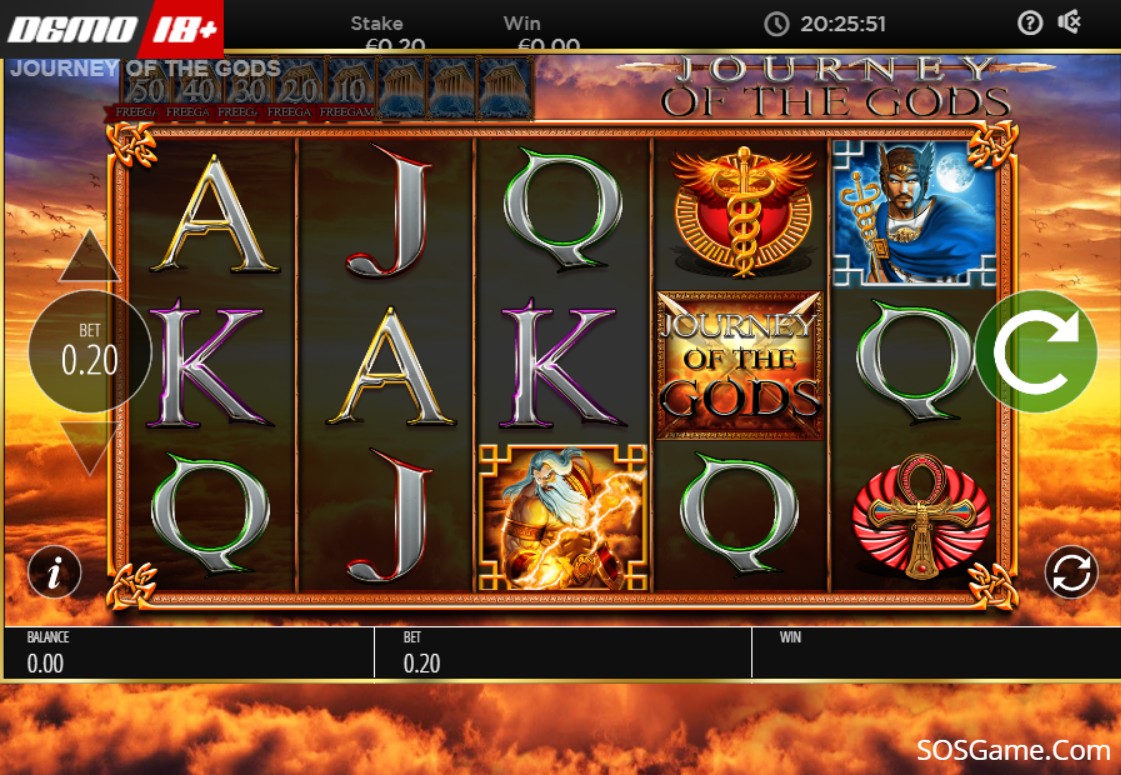 PLAY Journey of the Gods Slot for Real Money or Free at:

Journey of the Gods is a marvelous slot by Blueprint Gaming. It is characterized by astonishing graphics, simple gameplay and cascading wins that hide huge winning potential waiting for you to claim it.

If you are enthusiastic about Greek mythology, you will love Journey of the Gods because, as its name suggests, this slot revolves around ancient gods. The mesmerizing background is set high above the golden skies, pierced and spattered by the rays of the sun. The reels resemble ancient Greek pillars, while the spinning of the reels is accompanied by an empowering soundtrack played on a loop.

Journey of the Gods RTP

The highest RTP of Journey of the Gods is estimated at around 95.75%. It is less than the average and, in my opinion, a reputable provider such as Blueprint Gaming should have slightly increased it to make it more competitive to the other video slots.

Journey of the Gods Gameplay

The gameplay of Journey of the Gods is as straightforward as it gets, and it will take you mere seconds before you can start spinning the reels. The initial coin size varies from 0.10 to 500.00 credits, and you can immediately begin to spin the reels after finding the one you are most comfortable with. If you dislike doing it manually, you can always use the Autoplay feature. 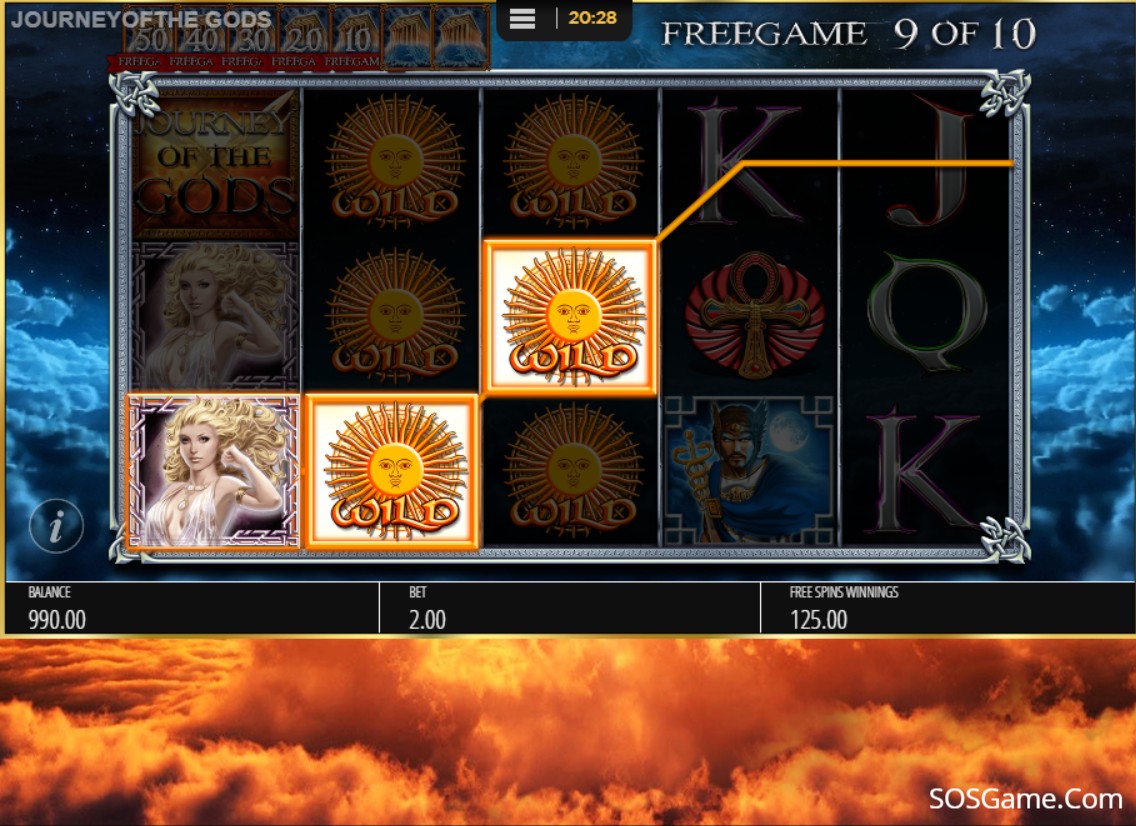 Journey of the Gods Symbols and Bonus Features

As one would expect from a video slot by Blueprint Gaming, the symbols are sharp and crisp and designed to flawlessly fit the theme.

Journey of the Gods features 11 symbols in total – four royals ranging from J to Ace, an Egyptian ankh, the caduceus, Aphrodite, Hermes, Zeus, the game logo and the Sun that acts as a Wild symbol and substitutes for every other symbol. 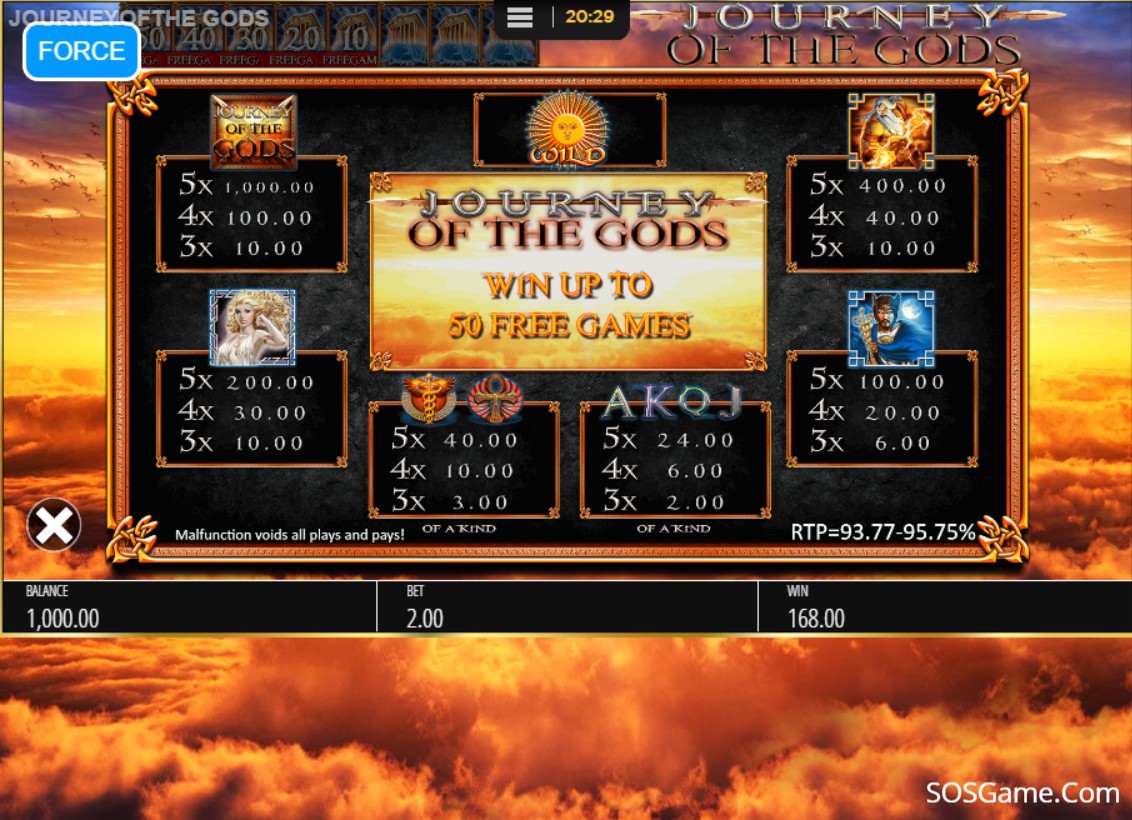 The first feature is the Cascading Wins feature. Each time you land a winning combination during the base game, the contributing symbols will be replaced by new ones that allow you to win again and again. If you happen to win 4 times in a row, you will trigger the Free Games feature that starts with 10 Free Spins. However, new cascading wins can net you up to 50 Free Spins. If you are lucky enough, you can stack the number indefinitely, as there is no limit to how many Free Spins you can earn. 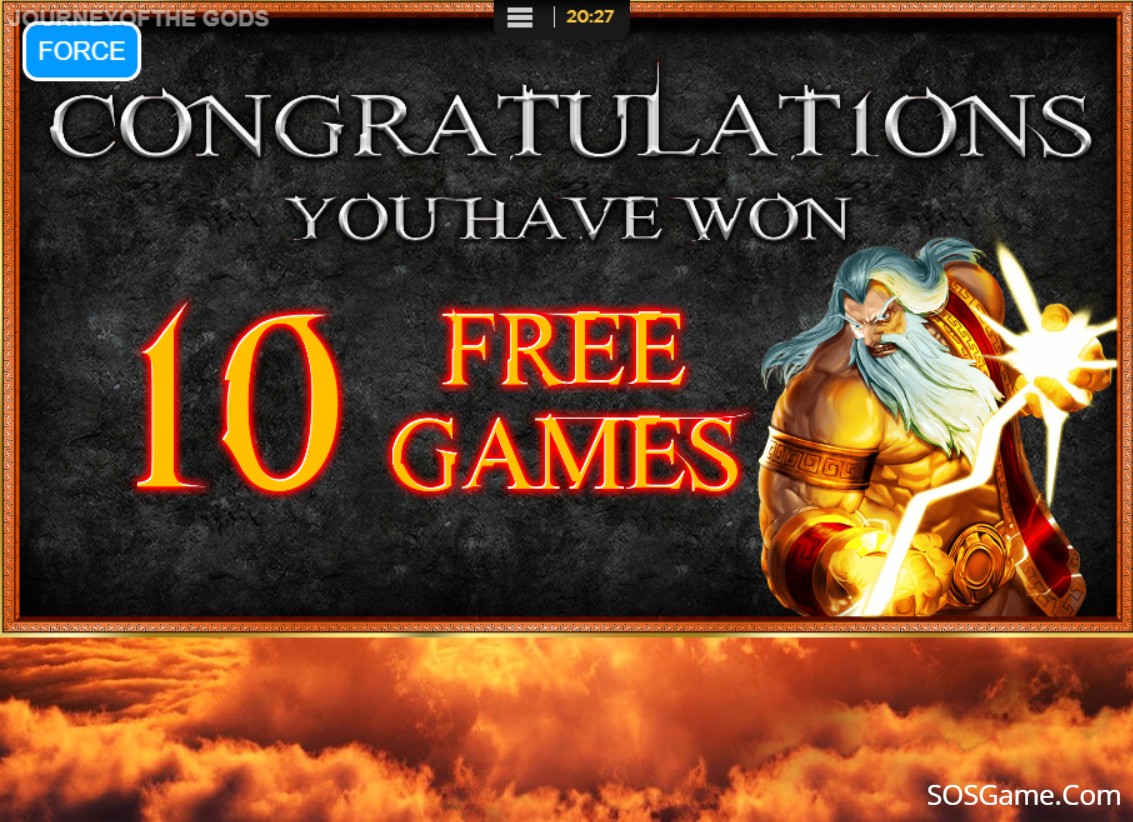 I had a lot of fun playing Journey of the Gods. It doesn’t have a crazy number of bonus features, but it does have an insane potential with the Free Spins that you can trigger indefinitely. With a chance to win 10,000 times your initial bet, it is a video slot worth your time. You should check it out for yourself!