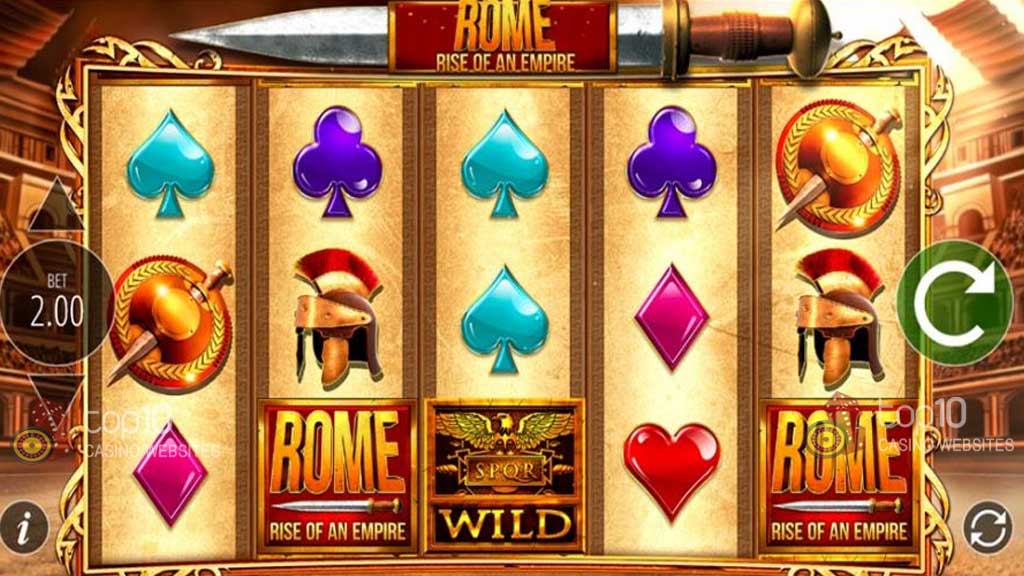 PLAY Rome: Rise of an Empire Slot for Real Money or Free at:

Due to recent UKGC regulations we unfortunately cannot allow UK Players to play our free to play games.

Select the Casino rooms in the table below to play the game and verify your age there.

If you want to play then you will need to register at a UKGC licensed casino and verify your age.

The game takes the theme of the Roman Empire in all of its glory. You can see symbols like the members of the Roman legionary, their shields, the Colosseum, and more. This Blueprint creation has 5 reels and 3 rows, with many bonus features that trigger frequently and the RTP that ranges from 94.51% to 96.64%.

Rome: Rise of an Empire RTP

The return-to-player percentage of this slot is adjustable. It is 95.51% during the base game, but it can go higher as you unlock some bonus rounds. You can say that the RTP of the base game is average, but bonus rounds can give you a chance to walk out with a full wallet.

Rome: Rise of an Empire Gameplay

This slot is played on a standard 5×3 field that includes a total of 20 paylines and the bet value from 0.2 to 500. The reel layout fits well with the theme as it shows the Colosseum in the background. Playing the game in free mode will allow you to force the bonus features of your choice, which is a great way to test the slot’s options. 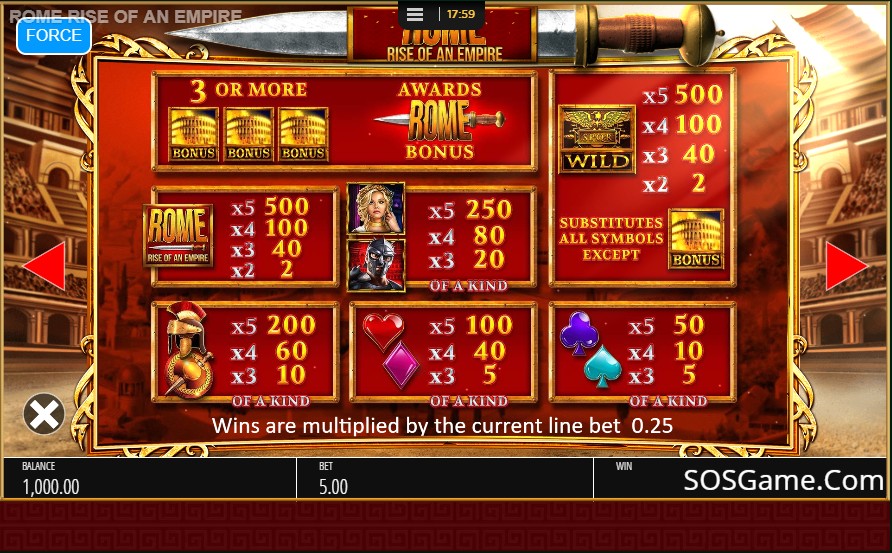 Rome: Rise of an Empire Symbols and Bonus Features

The low-value symbols are clubs, spades, hearts, and diamonds. Next, there are a helmet and a shield. The warrior and the empress are the high-value symbols. The logo of the game counts as the jackpot trigger. Getting five of a kind will reward you with 500x your stake. 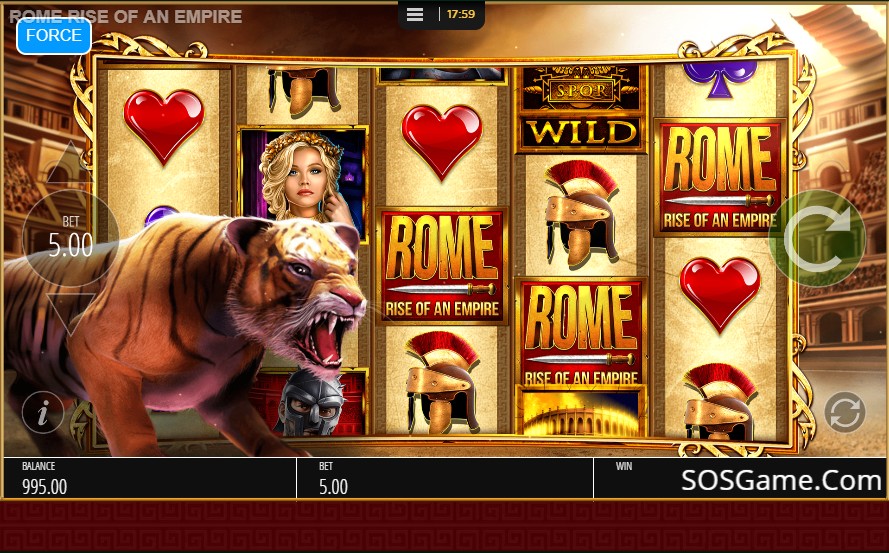 There are five modifies in the base game that trigger randomly.

If you get three or more bonus symbols in a single spin, you can get these five bonus rounds: 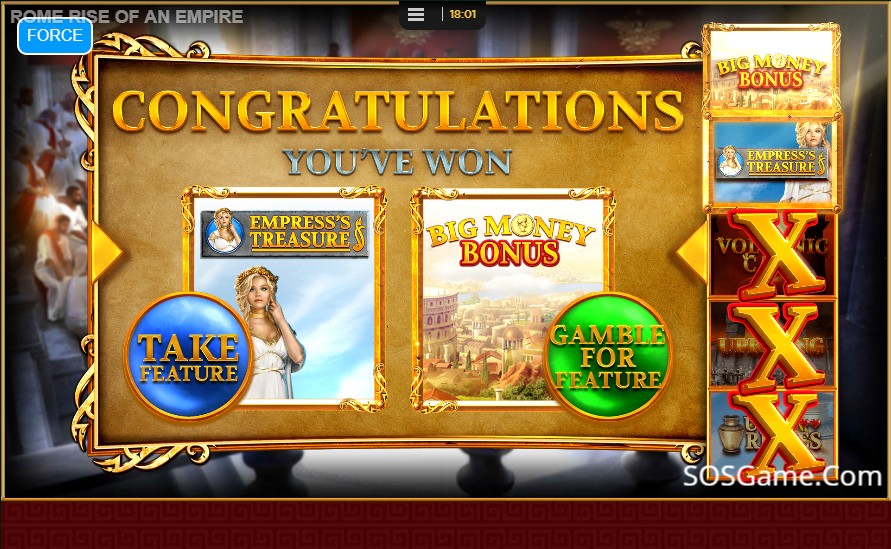 Rome: Rise of an Empire is a video slot that you should definitely try out. It holds many different bonus features that keep the game interesting and unpredictable no matter how much you play.